Home » What Is General Liability?

What Is General Liability? 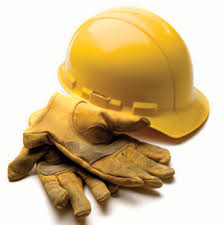 General liability insurance provides protection against two types of financial loss arising out of a lawsuit against the company. First, it covers damages awarded to a third party because of injury or damage for which the insured is legally responsible, including loss of use of property claims. In addition, it covers the cost of defending the insured against the charges alleged in the suit, including attorney fees, investigation costs, and other legal expenses. Defense costs can amount to huge sums even when the insured is cleared of any legal liability for damages. Together, the indemnity (payment of damages on the insured’s behalf) and defense (payment of legal expenses) obligations comprise the insurer’s key contractual promises to the insured.
​
Liability loss exposures arise out of legal wrongs. The three broad classes of legal wrongs are crime, breach of contract, and tort, each being addressed by a different branch of the law. General liability insurance concerns itself with tort liability. Tort law protects the rights of individuals from civil wrongs and generally provides monetary remedies to tort victims. In some instances, a criminal act may give rise to civil as well as criminal liability, with monetary awards as remedies. For example, while fraud is punishable under criminal law, the individual victims may also be permitted to sue for monetary damages, such as restitution of losses and even non-economic damages such as punitive damages or emotional distress. Whether liabilities involving criminal activities are covered by general liability insurance often comes down to whether the insured had knowledge of the criminal actions and intent.

This entry was posted in Uncategorized. Bookmark the permalink.
← Contractor Insurance Confusing?
A look at Lloyds and Contractors Insurance →